Sports is the best tool of facism! 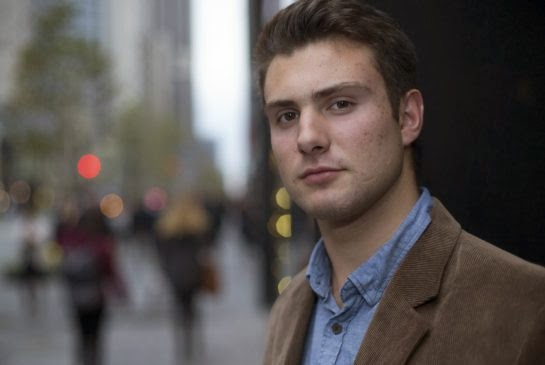 I am a real hockey playing watching worshiping Canadien. Naturally my church is the Bell place in Montreal. Humans mostly males crave conflict in one forum or another.
I like to argue about anything. Most people take that personally but they should not, I was just trying to make a point for no reason. Our civilization has codified conflict into competition.  We have people killing other people over beauty pageants and great pumpkins when the veneer of good sports is scrapped away to reveal all humans have a secret desire to be a silverback.

Society and great leaders have taken all this aggression and channeled it into creating our western civilization.  Western civilization may be only a few centuries old compared to the Chinese 6000 one. But we never have cut off a Childs penis to make it work, our children are the fortunate ones.

Western civilization eclipsed the 6000 year rule because of innovation and unencumbered thinking. If a fact is true that's not something you can cut penis off away to freeze time.
Sure the western thought did not rise without conflict and superstition ruling.
Look at the news today, and see the Tea Party and as a pastifarian
I prey that ignorance becomes a deficit
not a power to decide
what is displayed
on the cross.

Follow me now?
Down the rabbit hole
where great thought
disappears but
over time leaks out
to create a civilization
of superstars not part of the team
just people
for who the dream
is the thing.

The CHL is the premium conveyor belt
of young athletes
which feed the NHL
I could say the same of the much more sophisticated
machine that produces
product for the NFL.

Today the CHL is under attack
from the cannon fodder
that did not make
the big smack.

Cannon fodder if you look
at it from above
is the biggest way
our civilized leaders
lead from the death of doves
because they know
the death of winged patriot people
will preserve or promulgate
the thing our tribe
knows from above
Sacrifice is crucial to feed
the secular God.  In the church
of collateral damage martyrs.

Did the Egyptians invent the pyramid?
Or did space aliens give them this concept?
The question is no never mind because
we all know life and everything is a pyramid.
Who has the oxygen to climb to the top.
Once you have built that building
its so easy to stay on top
Watch the little people
grind so hard to keep
us on top of the stones
and we can hire the best
to keep the mortar safe
and even if someone should
succeed outside of our mixture
we can capture and comprise them
easily because we make reality
sound life like with waterfalls
of distortion and spin
that keep the lizard mind
from connecting the dots
in the din.

So let me be clear. The big sports could not play
unless they had some cannon fodder to display.
Its like wrestling in a real way. I am not saying its all fake
just not a real organic like glass
its a world filled and defined
by plastic.

For the willing participants in sports and life
we deserve some kind of reciprocal kick back
to the MANS  God like life.
Posted by Steve at Tuesday, October 21, 2014