Battle between Nihilism and Organization part One 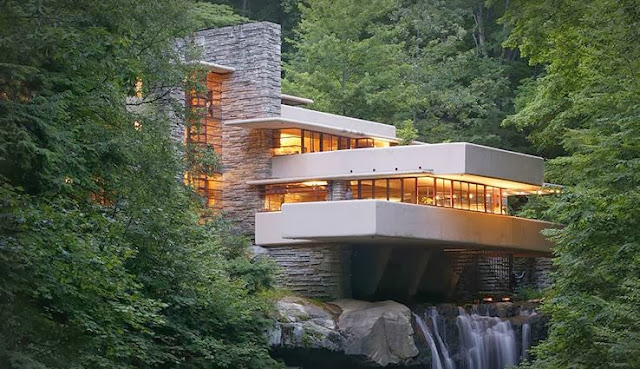 Cognitive Dissonance Danger, you know the drill:avoid contact if you cant handle the truth.

Subject the battle between Nihilism and organization.
The Nihilist are winning, and wining by billions. But its the organalizist that are reaping all the rewards. The organized ones are manufacturing Nihilist. It is the perfect divide and conquer.

Tom thought about changing his interface and it happened, his level of augmentation was in now in God mode.  He was now able to switch all his senses to a quantum computed dream zone where the owner was the architect of his own game. Players using a simple sandbox could travel through others prescribed adventure or with a few menu choices create their own dream masterpiece  like  their metaphor for Falling Water or the Eiffel Tower.

The company on a payment plan of just $1000 per month upgrade the sensory interface and antenna. Its a very organic biological solution, the designer called it the God Organ. Regretfully he retracted that characterization late.  Most still called it that in particular Pastafarians like Tom.

Level one content only allows the user to play single player or locally networked games. Then it was extra to travel to the  Alternative Earth You web access. Exclusively allowing an infinite number of players to meet up for an infinite number of experiences. Live  God level was huge  upgrade over Angel.  Angels experienced as a viewer, Gods as a participant. Angels would watch athletes and Entertainers perform in the third person, Gods was purely fist person, though you could toggle if one wanted to watch oneself. Good friends often bonded over the shared experience of feeling a historical event as star of its  creation. Alternative Earth You  owned Billions of people intimately  sharing a common experience that is transformed into a replayable searchable benchmark in the zeitgeist.

This week it being the auspicious date, the hundred birthday of a star. Tom has purchased Angel level hit I am sitting on Keith Richards guitar and he is shaking it so I hard, Tom is riding a roller coaster. like piloting a fighter plane, while the crowed roars and screams, just as real as your best dream upon command.

Tom was way over budget  for Alternative Earth You this month. His wife Jerry would not be happy, but they would not be the first couple pulled way beyond their means to an addiction that no one ever suspected would become a real world affliction.  That's what Tom was thinking about as he thought authorized the payment to the Bitcoin  collecting nemesis.  Tom always argued Philip K Dick when people said no one could have imagined the consequences a company like  Alternative Earth You.  To strengthen his case Tom always prefaced the central argument with some historical evidence.

"knowing what we know now about 911 its not hard to imagine powerful people trying to create an alternative reality. My favorite is Condelezza Rice. The National Security Advisor was appointed to be the sharpest point on the spear, or was She.  In one of history greatest gaffes Secretary Rice  reassures the nation that "no one could have imagined passenger aircraft used as missiles"

Next to the Kennedy assassination 911 was the top argument arena. Tom usually purchased a Churchill Avatar rigged with all the options. The Oxford Debate world had many great purchase opportunities and Churchill was the most popular. The Roppongi neighbor hood was the zone where Tom earned his lively hood.

It was not known as Roppongi for geographic reason. The real Roppongi is famous for having uncountable thousands of tiny bars, dioramas with  barely room for a dozen customers. It is famously said in Roppongi a Yankee fan can find a bar dedicated to Mickey Mantle fans from Omaha. Net Roppongi is a similar collection of esoteric bits.

If a pre company citizen saw Tom at the local legion on stage hotly debating with  any one of the millions of anti-conspiracy theory paid trolls, they would head straight for the dartboard.

In contrast even the least educated nihilist would sample a little of Churchill debating GWB over  the official  911 narrative. This was Tom working  on God level. People like Tom parlayed up for their Churchill Avatar, then got paid by trolling with acid or flower persuasion. Even without the company getting their slice it was a hard way ahead for most.

If his presentation was liked enough he would be contracted by the second to  content one the talking heads in the ongoing live debate. Angels would now see his Avatar behind the podium at Oxford debating the subject of the day. Angel mode was the popular choice for informed debate. A point of view voluntarily chosen by the surprisingly  few that preferred to be informed instead of taking a side in the argument. Without the bonus Tom got from uplifted  moments, the job would not be worth doing.

Being a AEY troll was a mercenary life. Contracts by the issue, bonus based on likes, popular trolla could get a very nice taste of the action just showing up on a public affairs site. Other trolls were of a less subtle license.

Even though the Roppongi Group was very strict about advertising allowed into a Sandbox, Troller hackers could evade and invade a site and insert a influential persuasion element into an experience. Once they become your friend its easy for them to push you in their direction. All the big brands that remained put serious money into Alternative Earth You Trolls.

Most governments denied using trolls and in Europe it was illegal for Political Parties to troll.  Users went ballistic if they caught a government troll, but just like lying the practice continued because it was proven to effective at getting elected.

Tom and Jerry went God level  live to Waikiki Beach a few days ago. Immediately they were approached by a pair of Troller Hackers offering them the Hawaii humanity could never imagine. Toms looked like Rachel circa Incredible Journey and comming on to Jerry Mel the roadwarrior.  In less time than a pirate banner add on the cheapest site is corrected,  the fake  Raquel and Mel were removed. For a little more users had the option to choose their execution.  The most popular choice were a variety of sword and shotgun eliminations. Tom did not troll hack , he had done it before but it was the lowest and least rewarding form of trolling.  Even a government troll could claim a higher purpose.

Tom and Jerry had a very nice income. He doing better than expected for a trolling Churchill Avatar.  Jerry a upper middle class of reward due too a content creator.  Jerry's niche sandbox was full of 18th century adventures. Her highest rated experience was called Shipwrecked sailor of the Spanish Armada. Like the experience Jerry loved and lived often in both Irelands. In 18th Century Ireland Tom may have faced alcohol addiction. In twenty first Century Canada less than ten percent of citizens would be reality impaired. It was much totally more healthy and more pleasant to abuse the stimulant opportunities that could be purchased from Alternative Earth You.  Modern citizens faced the most diabolical of addictions, themselves.

In addition to being an unremarkable  troll Tom was a Montreal Canadians Addict, The live buys where like crack. All the players sensory nerves are captured. Tom usually watched as the Captain, Alex Galchenyuk. With the Canadians once again being a powerhouse it was the worst possible time to fight his form of Addiction.  They were spending over thirty grand a month on the internet.

Jerry with her classic low narcissistic  profile  preferred more time on the reality side. Of course they had many adventures together but forking out to the company for God class  at a hockey game. even a playoff game,  was not her idea of  money well spent.

Tom like most suspected a shadow government used price controls to keep  price of the best experience beyond the resources of the many. Tom like the few actually cared about it.  Jerry would roll her eyes and point out the government warning every time you switched on recommended no more than three hours out of your body in a single day. Everyone ignored the warring.  None of the cases before the court had  found Alternative Earth You  responsible for any of the consequences of their service.

Tom had tried quitting the Canadians before, watching from the cheap seats or even with those who could not pay for an implant. Even if he chose some games from the Chockula decade it was no use. Five seconds of the game action and he tweaking his way to the suspension pool, thinking his way to upgrade. In a nano second Rocket Richard had reviewed his credit and psyche profile before asking him with eyes fully blazing to authorize the upgrade, and there you go. So it goes So it goes.

Jerry came home at nightfall after a day of walking her Irish backgrounds, ready to metaphorically kill Tom if he was looking in  Alternative Earth You. She found Tom just as she expected lying there like a character from Alerted States completely submerged in the suspended animation chamber, breathing tube in and arms and legs flailing madly . She checked the settings, his heart rate was over 130 at least he had the game set on high.  Tom was living hockey history. The most expensive hockey experience is Paul Henderson Game 7 Canada Russia 1972.  Suddenly Tom was alone. devoid of sense and sensation.  The unit fails to clean and dry him so quickly he springs through the hatch.

"Jerry you can give a guy mental problems yanking him out of the game like that, I was just working out"

Jerry replies " What the hell is wrong with working out with yesterdays game for free?"

Tom wishes he was Churchill. He would need to be when Jerry found out he had commished a custom mode of the 76 Habs vs the 85 Oilers.

This work is licensed under a Creative Commons Attribution 4.0 International License.
Posted by Steve at Thursday, December 19, 2013