If Debt is so bad how come conservatives love it so much.

Conservatives and Republicans can fool most of the people all of the time. It is taken as gospel that Conservatives are the better economic managers and the Liberals always ring up the debt. Well in both Canadaand the US the opposite is true. “Economist Mike Kimel notes that the last five Democratic Presidents (Clinton, Carter, LBJ, JFK, and Truman) all reduced public debt as a share of GDP, while the last four Republican Presidents (GW Bush, GHW Bush, Reagan, and Ford) all oversaw an increase in the country’s indebtedness.” GWB increased debt  by 27%. Reagan and Bush I by 35%.


In Canada according to the National Post it was the Mulroney Government not the Trudeau government that broke the back of fiscal responsibility. Then a Liberal government that cleaned up the mess. Followed once again by a conservative government that was first irresponsible and then unlucky. 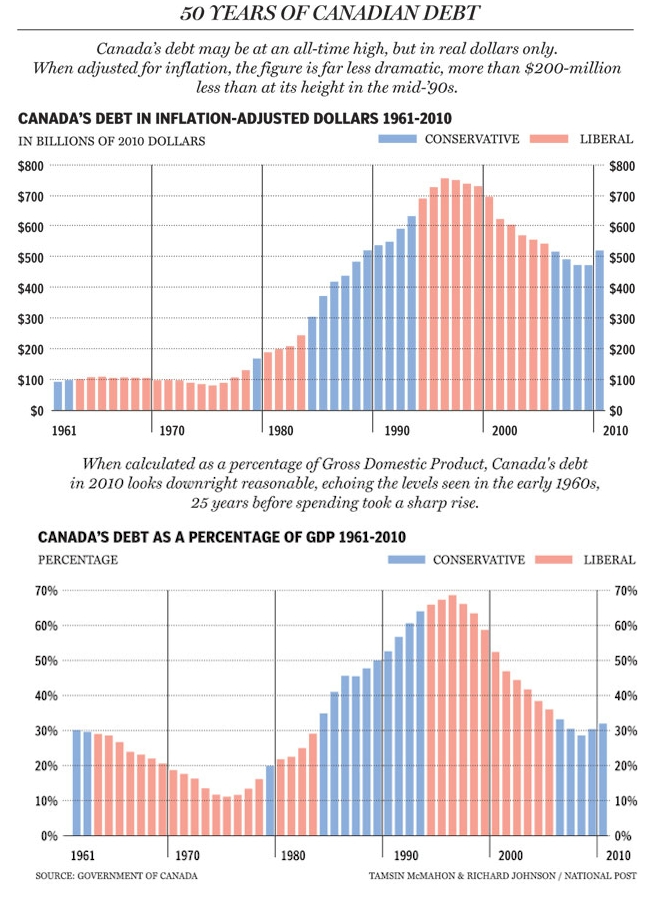 And if you really want to stun a tea partyer, or even your standard Republican, show them this proof that Ayn Rand hated Ronald Reagan, and correctly predicted he would eventually ruin the country.
Posted by Steve at Thursday, June 02, 2011